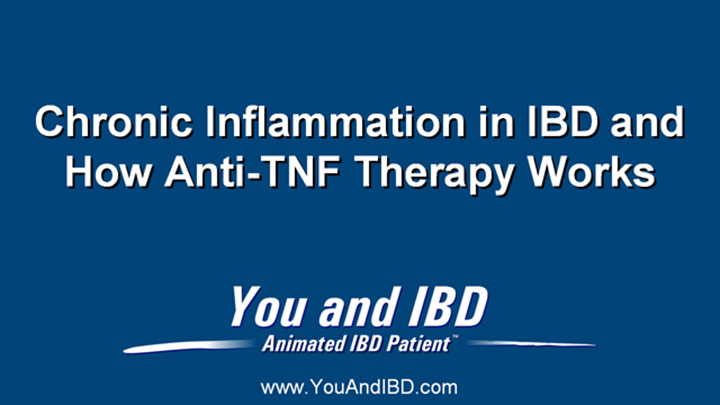 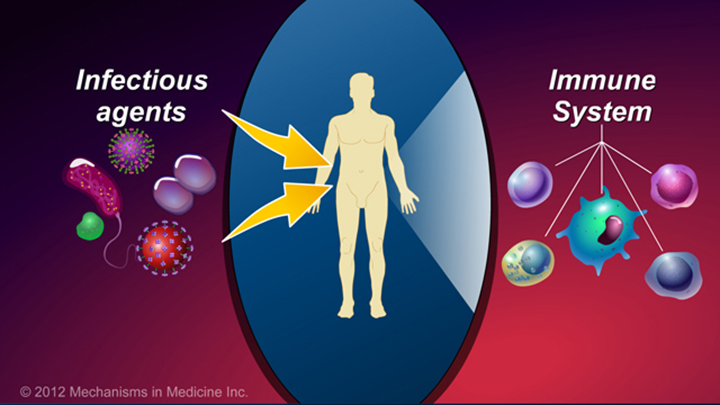 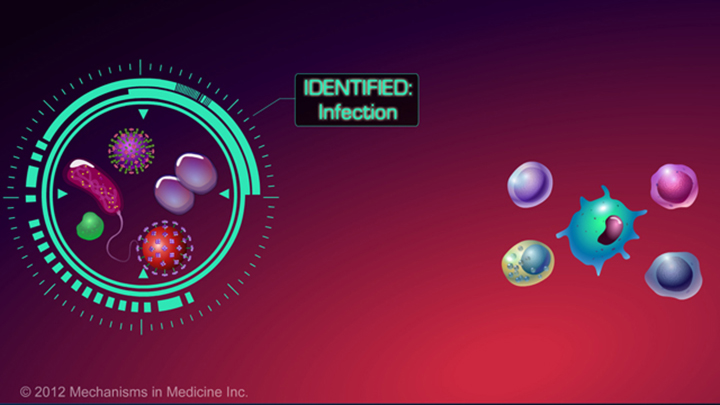 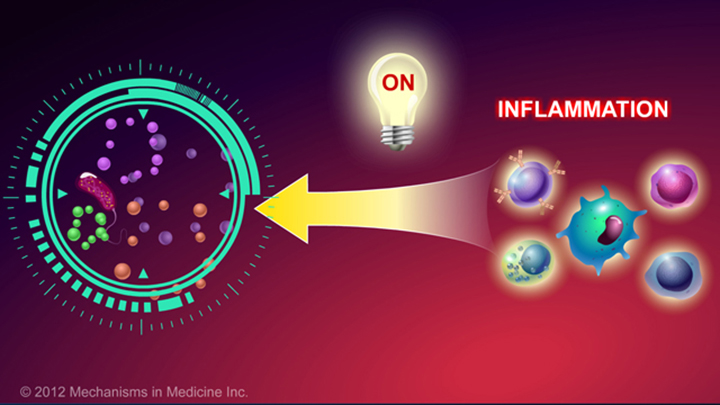 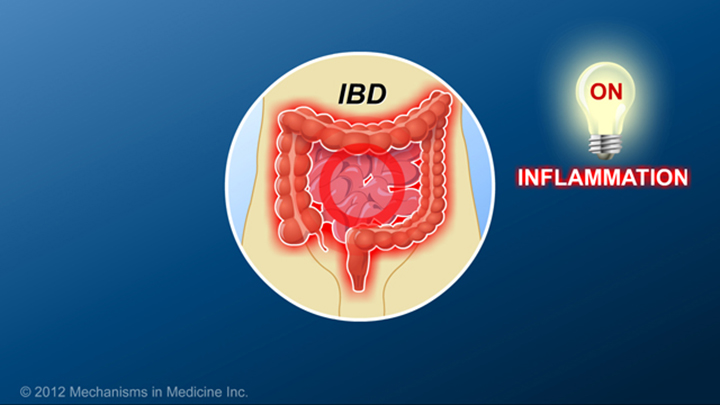 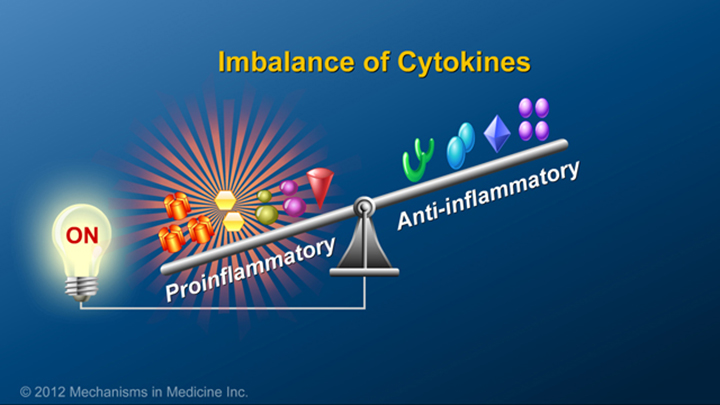 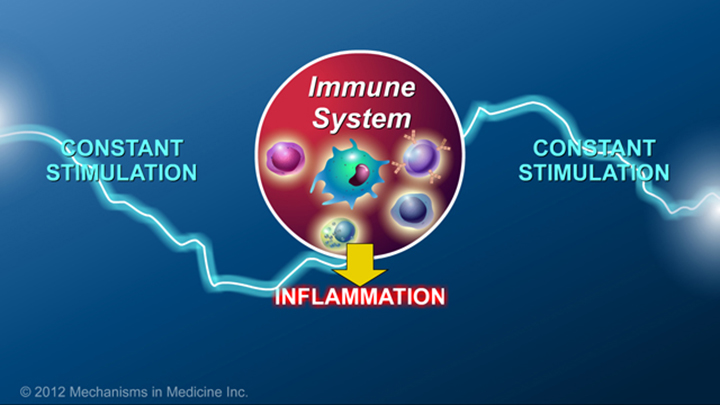 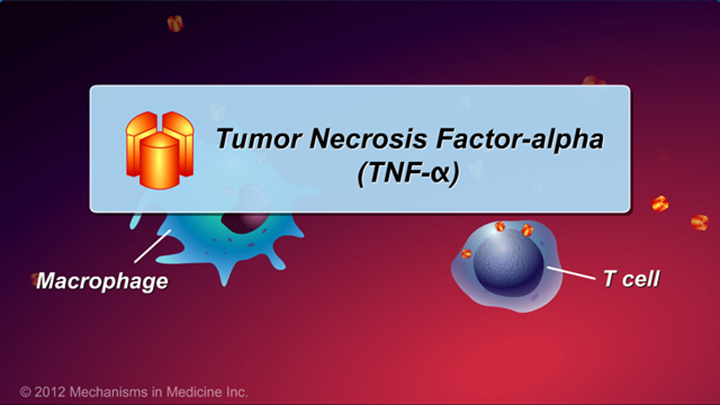 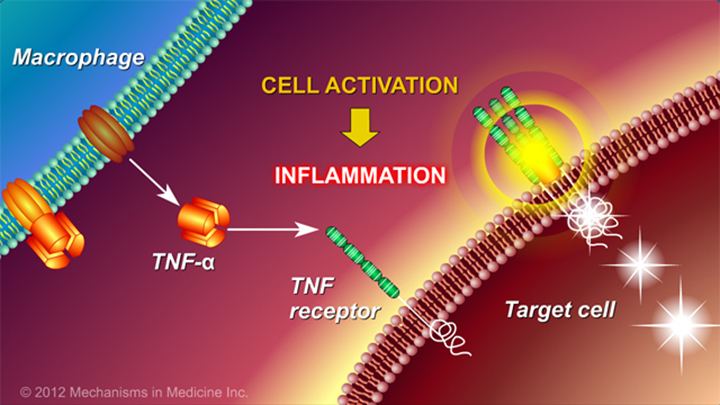 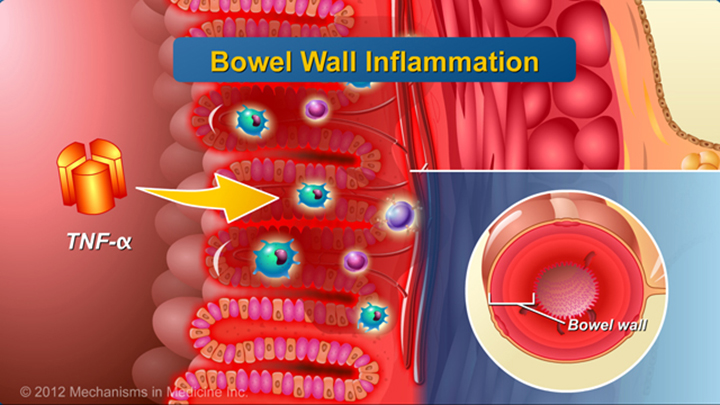 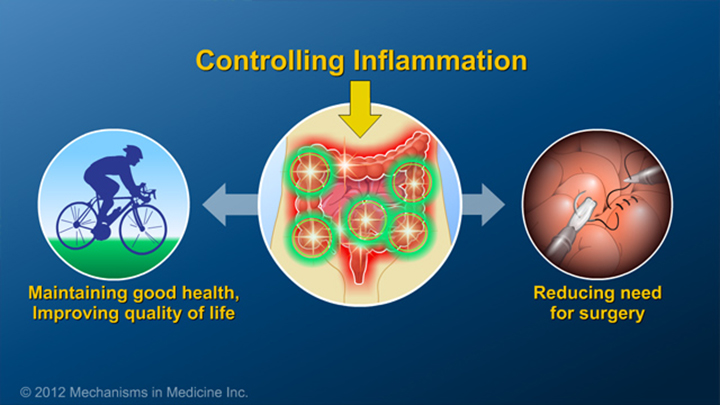 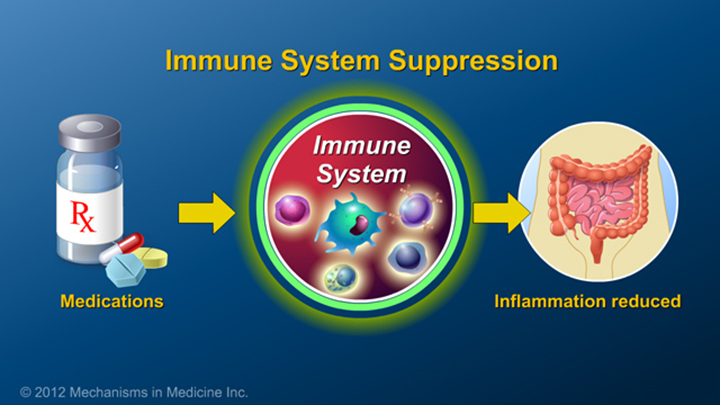 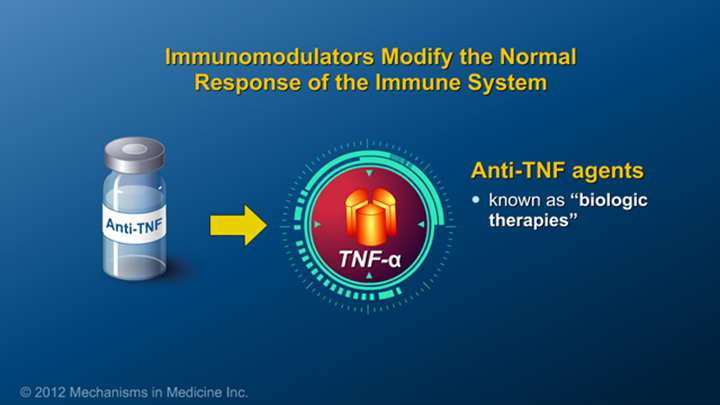 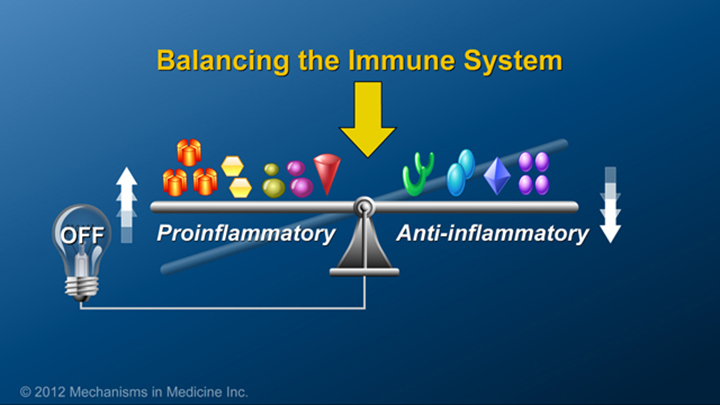 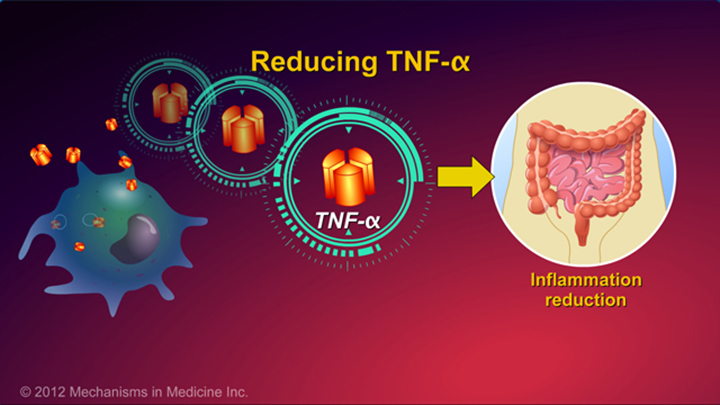 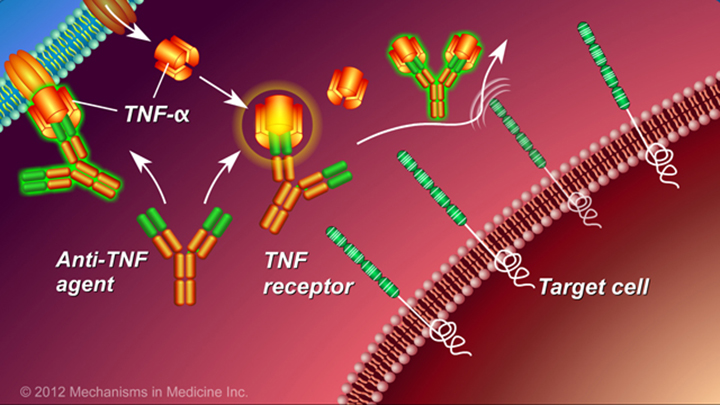 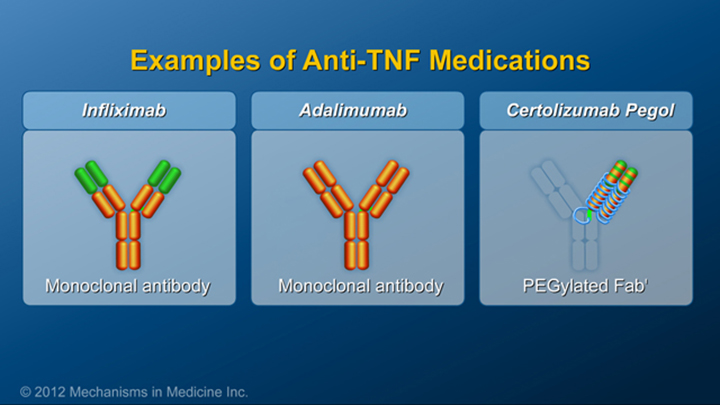 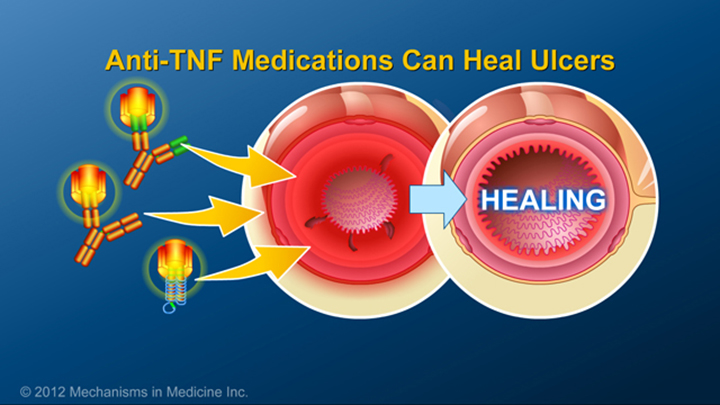 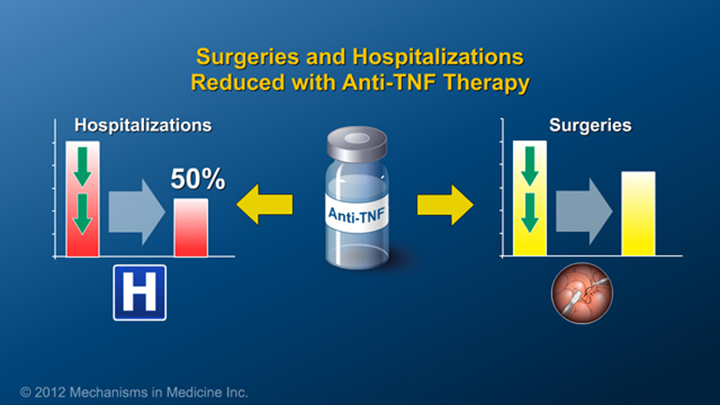 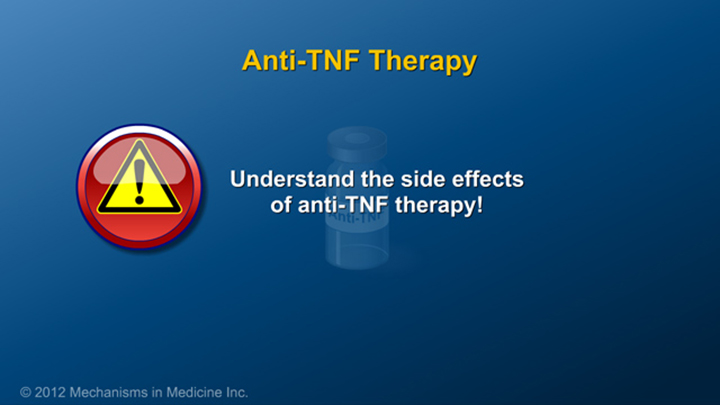 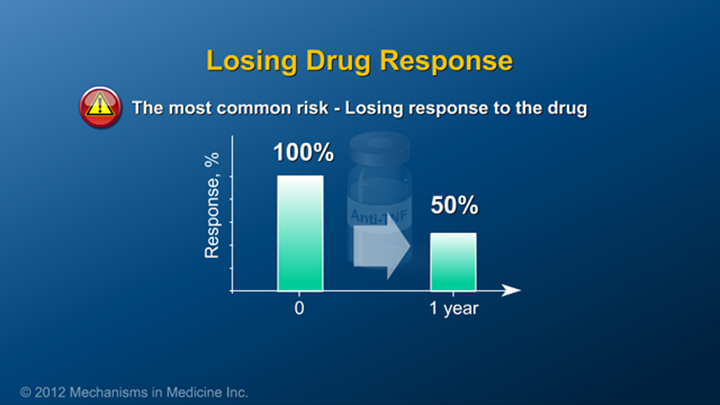 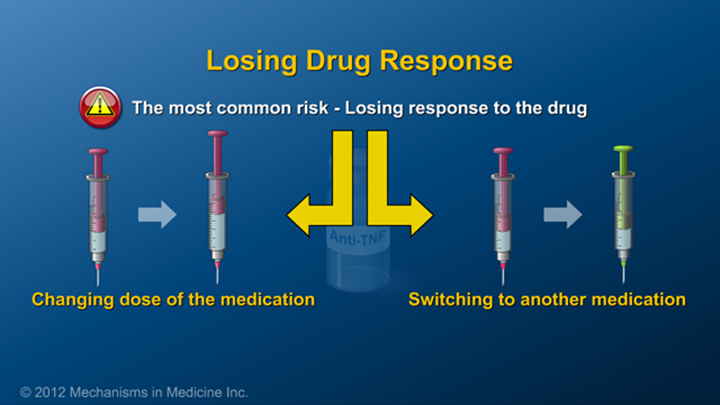 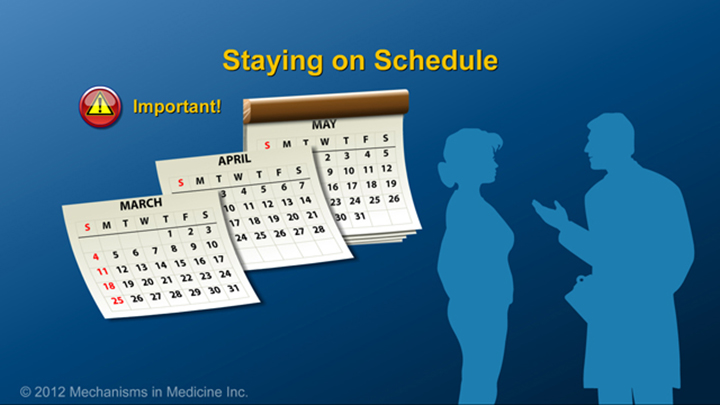 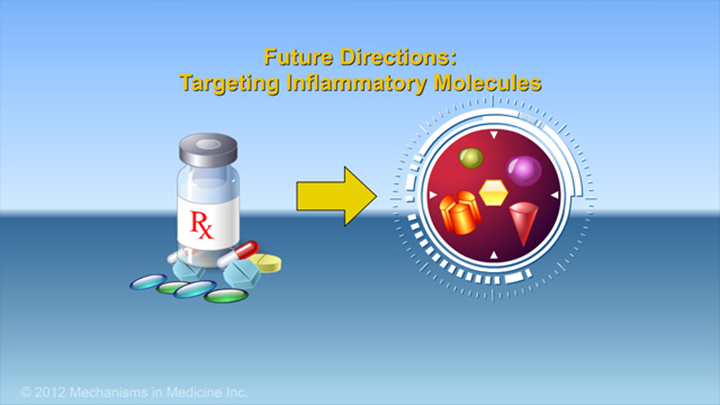 *Please note: This slide show represents a visual interpretation and is not intended to provide, nor substitute as, medical and/or clinical advice.

The immune system is composed of a network of cells that work together to defend the body against infections and disease.

Cells in the immune system can cause inflammation to eliminate an infection in the body.

Once the infection has been cleared, the immune defenses begin to wind down and switch “off” until the next infection signals them to switch back “on”.

However, in people with inflammatory bowel disease (IBD), one theory is that the immune system does not respond to the body’s “off switch”, leading to an overactive immune system and chronic inflammation in the gut.

This chronic inflammation is spurred on by a large imbalance of chemicals, called cytokines, which act as “on” signals to cause inflammation.

Another theory of IBD is that the immune system is constantly being stimulated and therefore is always in an activated state, although the cause is not yet known.

One of the major signals of inflammation in many inflammatory conditions in the body, including IBD, is a cytokine known as tumor necrosis factor-alpha (TNF- α), which is produced by some cells of the immune system.

When TNF-α is released from cells, it interacts with other cells through “TNF receptors” on the surface of those cells, which results in inflammation.

This inflammation contributes to the development and persistence of the ulcerations in the gut that cause the symptoms of IBD.

In IBD, controlling inflammation is critical to maintaining good health, improving quality of life, and reducing the chance of needing surgery.

One way to reduce inflammation is by modifying or suppressing the immune system through medications.

Medications that modify the normal response of the immune system are called immunomodulators, and those that specifically target and suppress the effects of TNF- α are known as TNF blockers or anti-TNF agents. Anti-TNF agents are part of a class of medications known as “biologic therapies”.

By modifying or suppressing the immune system, it can restore balance in the system, and therefore prevent ongoing damage.

Reducing the amount of TNF-α that is circulating in the blood is associated with a reduction of inflammation in IBD and improvement in the symptoms of the disease.

Anti-TNF medications work by attaching to free-floating TNF-α outside of cells as well as transmembrane TNF-α found on the cell surface. Because it is attached to the anti-TNF medication, TNF-α is unable to interact with its receptors on the surface of cells in the gut to cause inflammation.

In fact, inflammation and ulcers in the gut can be healed within a few weeks in some patients taking anti-TNF therapy. By binding to TNF-α, these medications can reduce inflammation in the gut caused by TNF-α.

Some patients greatly benefit from anti-TNF therapy; regular treatment with some anti-TNF agents may reduce the number of hospitalizations by half and decrease the number of surgeries in patients with Crohn’s disease and ulcerative colitis.

However, as with any medication, it is important to understand the side effects that may be associated with anti-TNF agents.

The most common risk of anti-TNF therapy is losing response to the drug, which can happen in as many as 50% of patients after one year of treatment

When this occurs, it often requires dose changes of the medication or switching to another medication.

There are a variety of ways to prevent loss of response, but one of the most important is staying on a regular schedule of infusions.

There are many other therapies in development that target additional molecules involved in inflammation.

This slideshow describes the role therapies have in controlling inflammatory bowel disease (IBD). The risks associated with untreated or undertreated IBD and the side effects of drugs that are commonly used to treat IBD are described. In addition, information is provided for patients who are preparing to start IBD therapy, including aminosalicylates, steroids, immunomodulators, and biologics, with an in-depth discussion of anti-TNF alpha agents.

Click here to take our SURVEY
Your feedback is important to us! We will use your feedback to develop future areas of content about IBD which will help other patients, caregivers and families. 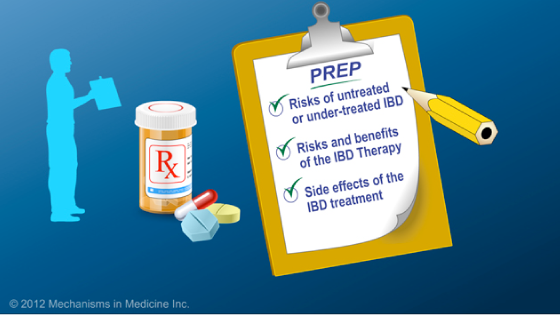 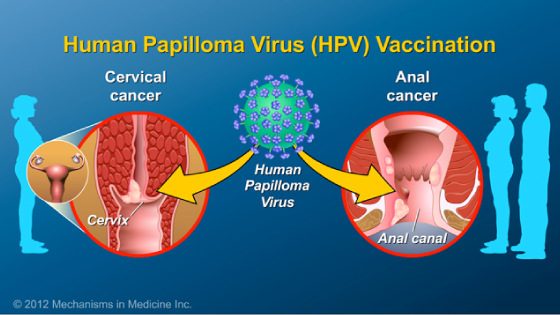 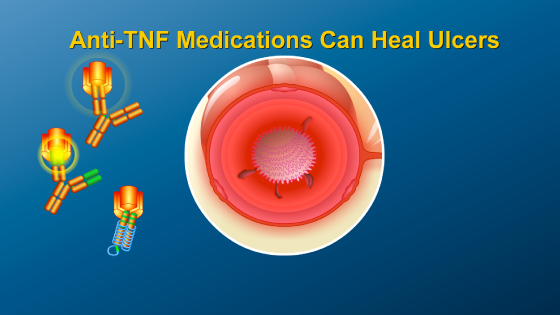 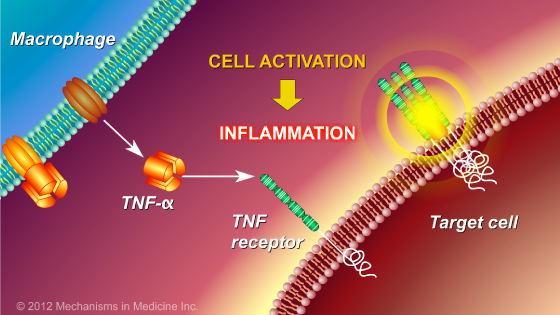 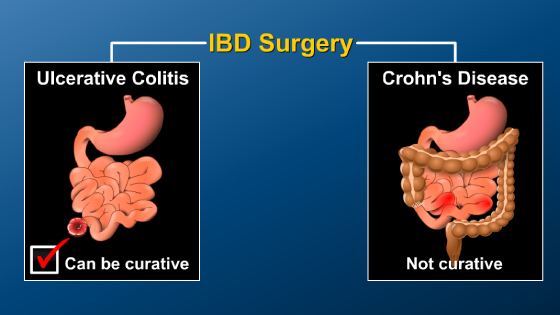 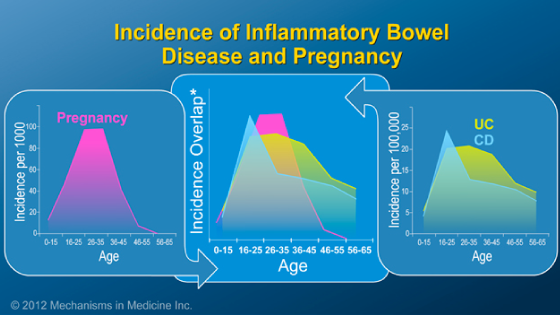 This educational activity has been developed by Imedex, LLC and Mechanisms in Medicine Inc.

An Educational Collaborative with the
American College of Gastroenterology

This educational activity has been developed by
Imedex, LLC and Mechanisms in Medicine Inc.

This educational activity is supported by:

This website is part of the Animated Patient™ series developed by Mechanisms in Medicine Inc., to provide highly visual formats of learning for patients to improve their understanding, make informed decisions, and partner with their healthcare professionals for optimal outcomes.